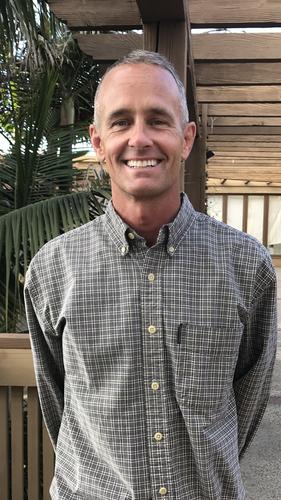 Del Mar city officials announced Friday, Jan. 26, that 25-year employee Jon Edelbrock has been promoted to the position of community services director and chief lifeguard, a job formerly held by Pat Vergne, whose firing in August continues to roil the small community.Edelbrock, who will lead 87 employees in the department’s lifeguard, parking and facilities divisions, said he plans to set aside the controversy and focus on the job.“We’ve been working through this and dealing with it for the past eight months,” Edelbrock said. “The best thing I can do is make sure my staff has what they need to do their job.”Edelbrock, 44, was hired as a seasonal lifeguard for the city in 1992 and rose through the ranks, becoming a lifeguard lieutenant in 2010.“I love my job,” he said. “I wouldn’t trade it for any other job in the world.”Vergne, a 35-year employee of the city, was fired in August after a months-long investigation allegedly uncovered nearly $200,000 in misused funds, falsified payroll records and the improper personal use of a city credit card. Two other employees in his department also were dismissed.The investigation and subsequent dismissal of Vergne triggered a community uproar.He is strongly supported by many longtime residents who say Vergne only followed policies established over the years and that he did nothing wrong. He’s filed a claim against the city for wrongful termination seeking millions of dollars in damages.Meanwhile, a Sheriff’s Department official has confirmed an investigation of criminal allegations against Vergne, though no charges have been filed.  Read more…