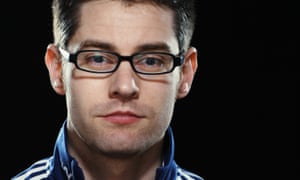 Chris Furberm was found to have shown a ‘lack of empathy’ in an independent report into allegations of bullying of British para-swimmers. Photograph: Bryn Lennon/Getty Images

Martha KelnerTuesday 24 October 2017 17.58 EDT First published on Tuesday 24 October 2017 17.30 EDTUK Sport may withhold the funding of British Para-Swimming’s performance director, Chris Furber, for his role in the bullying crisis which has rocked the organisation. For the first time in its history the funding body for Olympic and Paralympic sport would be going above the head of a national sport’s governing body in seeking to punish an individual member of staff with financial sanctions. The Guardian understands UK Sport, which will invest up to £345m in government and lottery funds in the approach to the Tokyo 2020 Olympics, may push for Furber’s salary to be withdrawn at its next board meeting. It would be a watershed moment and a significant escalation in the way UK Sport has handled the duty of care scandals which have plagued the sports it funds over the past two years.  Read more…